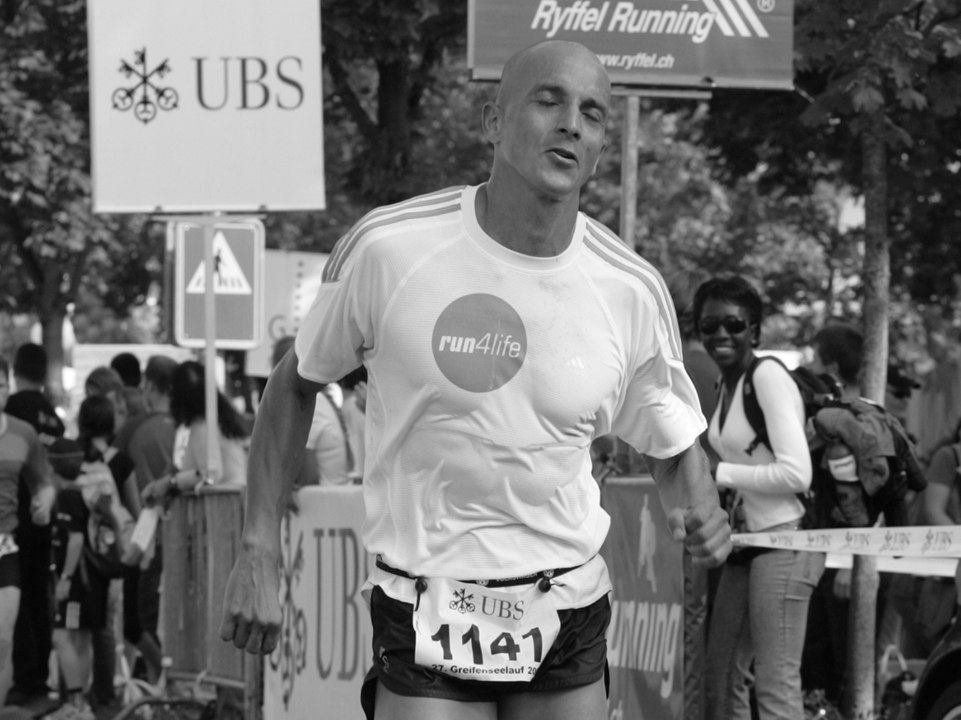 As a child, I had the dream to participate at the world championships in 110 meters hurdles. The dream never came true and in the following decade the passion for sport was lost. Since 1998, I primarily focused on my work and my life motto “work hard play hard” started to have an increasingly bad influence on my health and caused a weight gain of 10 kilos.

In February 2005, I suddenly came to the realization that it was time to adopt a healthier life style and get back into shape again. In order to initiate this change, I registered for the New York Marathon, which was held in November 2005. The thought of participating at a marathon was scary but also highly motivating. I slowly initiated my training program with three short units per week. The first weeks were tough, and I felt exhausted already after 5 kilometers. However, already in the second month of training, I managed to run 10 kilometers in one go without getting out of breath. Even more importantly, after years of limited physical activity, I felt truly alive again and could hardly wait for the marathon to come.

As a part of my marathon preparation, I also decided to buy a low budget triathlon bike with a heavy oversized aluminum frame on Internet and participate at my very first short distance triathlon event. After four weeks of improvised swim and bicycle training, I completed the triathlon, which was a very humbling experience. The total number of participants of the local event was 78. After the swim I was very surprised to exit the water in 6th position and though I was going to “rock it”. Once on the bike, I was taught a hard lesson. To my great surprise, I was completely unable to keep the pace of everybody around me and rapidly moved backward in the field. When the first climb came after 15 km, I struggled so badly that I almost had to get off the bike and push it up the hill. Luckily, I made it to the peak without complete humiliation, but the end of the daunting bike ride, I entered the second transition almost in last position (73 out of 78). On the run, I gave everything to make up ground and ended at 25th position complete destroyed both physically and psychologically. It was a tough very humbling lesson and I promised myself to train so hard on my bike form that I never again would have to go through such a painful experience.

The night before the race, the excitement ruined my sleep and it was a great release when the alarm clock went off. Soon after, I was sitting in the bus together with my good friend Jan Roy on my way to the marathon start at the famous Verrazano Bridge, which connects Brooklyn and Staten Island. The bus windows were steamy and the dominant scent was sweat mixed with fumes of acidic sport lotions. It was a great release to get out and dive into the starting area where around 40.000 other contesters were waiting for the race to begin.

Finally the race started and despite all plans to run a “negative split”, I sprinted into the race like a “mad dog” and could not believe my eyes when looking at the watch displaying 1.37 at half distance. The realization that I was running at a pace beyond my dreams made me almost euphoric. Very soon after, however, the reality caught up with me. At 30 kilometers, I could hardly keep my feet moving and both my heart rate and speed dropped dramatically. During the last 10 kilometers, I came to a very personal understanding of what it means to “hit the wall”. In the beginning of the race, spectators were shouting: “Pablo, you look strong”. Now everybody was shouting: “Pablo, don’t give up … you can do it”. After 1 long hour and 7 long minutes, I had managed to fight through the last 10 kilometers and crossed the finish line at 3.34.

Euphoric about the hard but positive experience at the New York Marathon, I remembered my childhood dream and developed the “crazy” vision to qualify for the Ironman world championships in the same year. Determined to achieve the goal, I registered for the November 2006 Florida Ironman competition.

The challenge was that I lacked experience both in biking and swimming which had become very clear at my first short distance triathlon event. In addition, I had a very demanding and travel intensive job as a partner at a consulting company. With the spirit (and maybe also limited intelligence) of a bull, I trained several hours each day (without a plan) to get used to biking and swimming. When the summer 2006 came, I had biked more than 5000 kilometers on the ergo meter without any experience on a real bike. You cannot imagine how happy I was to try out how it felt to ride “the real thing”. In August 2006, I also received my first training plan from a coach. Instead of just pounding the pedals for several hours each day, I now had detailed instructions about how to train and when to rest.

I tried to follow the training plans as carefully as possible but constantly had to face challenges caused by my job. For instance, I was working at a consulting project for a large company in Rotterdam. In addition to running, my only training possibility for race biking was in a gym closed to my hotel. The gym only had one old and shaky ergo-meter that was positioned in front of a wooden wall. In order to make things even worse, the bike was placed very close to a “fitness bar” were people were drinking beer and chain smoking cigarettes. So there I was, spending most evenings pounding the pedals of a shaky ergo-meter, staring at a wooden wall, inhaling sticky air filled with smoke and the scent of sweat.

An additional challenge was that I was forced to conduct at least 20 percent of my trainings during the night as a result of my work. For instance, only two months before the Florida race, I had to travel to London for a three day conference were I was responsible for group moderation. The first evening, I met with a customer for late night dinner. The dinner was very pleasant but we did not manage to get back to the hotel before 12 a clock in the night. Only 3.5 hours later my alarm clock went off. It was very dark and cold when I started to run down the rainy streets of London. After several hours of training and a badly needed subsequent hot shower, I met the customers again for an early breakfast only to face another full day of workshops and moderation.

Despite all these challenges and managed to prepare myself well without getting sick. In my initial attempt, I finished the Ironman race at third place (out of 590 competitors) in 9.25 (my marathon time was 3.19). This performance gave me a slot at that year’s Ironman world championships held in Hawaii in October. From then on, I was running for life. 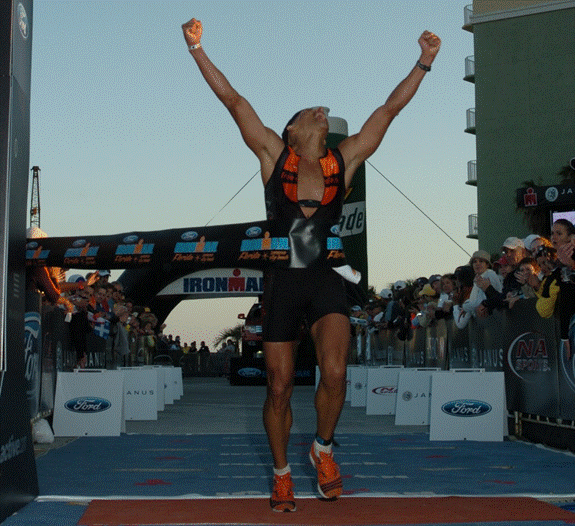